Only a day into the expansion and the same tropes are appearing to emerge in the game. The gear level cap has increased but the enemies remain pretty much as un-challenging as in the previous patch resulting in the same ‘grindy’ experience. That said, the Tanaan Jungle looks great and the atmosphere of the environment takes some getting used to as there is seemingly no safe spot once to leave your new base in the zone. Literally one wrong step can result in a pretty large patrol spotting and chasing you down.

Professions have also seen a change leaving a lot of the items once considered highly valuable, such as “Savage Blood”, seemingly obsolete. They have been replaced by [Felblight] which is randomly dropped during any gathering task or from the Weekly World Boss Kazaak. Newer players will find it easy to raise their gear level to around 690 and be prepared for the new zone as a result as prices for old epic crafting reagents plummet but will have to depend on a big grind to get any of the newer gear. At least until they are ready to raid.

At the moment the biggest disappointment with the patch is the new shipyard. It was expected as another time based mini-game, that was a given, but it was also expected to be a bit less of a hassle to take part in. Ships are constructed fast enough (30min) but mini-game hub is a good small run away from your Garrison. This means that not only do you have to wait for your ships to build, but once completed you need to run out and collect them and then need to set them on a mission manually from the new separated hub before returning to the Garrison to continue your daily tasks. 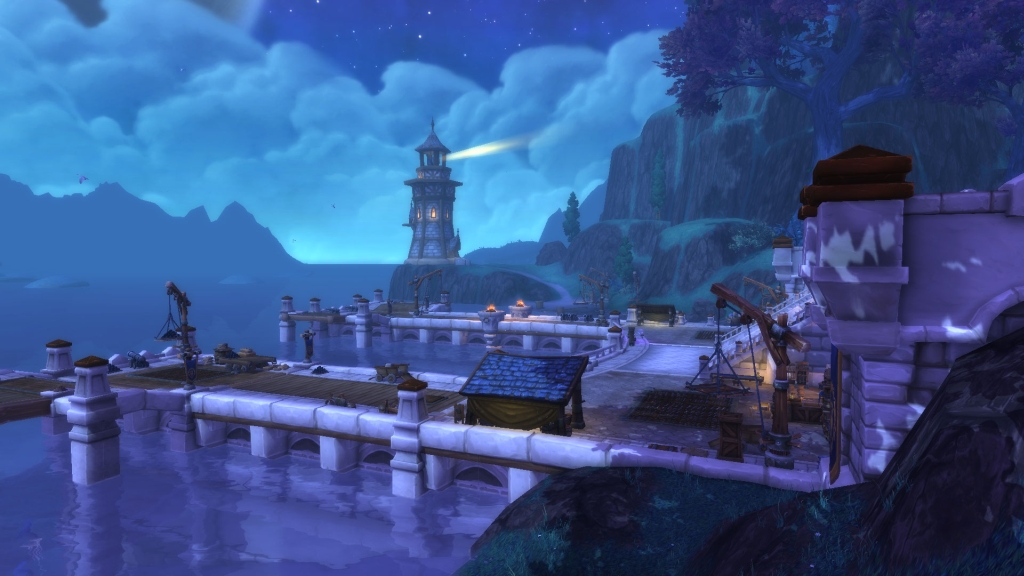 The worst part is that, unlike with followers, any time put into your ships can be easily undone when they (through bad luck or bad planning) fail a mission and just get DESTROYED completely. This is especially bad as there is an experience and upgrade system a part of the ships themselves. Meaning that if one of your “epic” ships gets destroyed that may mean days, maybe even weeks, wasted. If there’s one thing WoW has never done it’s undervalue your time as  “Time is money” but they simply seem to not care about wasted time this time around. Blizzard may be going down a rocky path with these kind of “diversions” to the main gameplay and already many people are beginning to dislike and just plain hate the new ship mission system and I don’t blame them.

Time will tell if Blizzard made the right decisions with this patch.

Patch notes can be found here