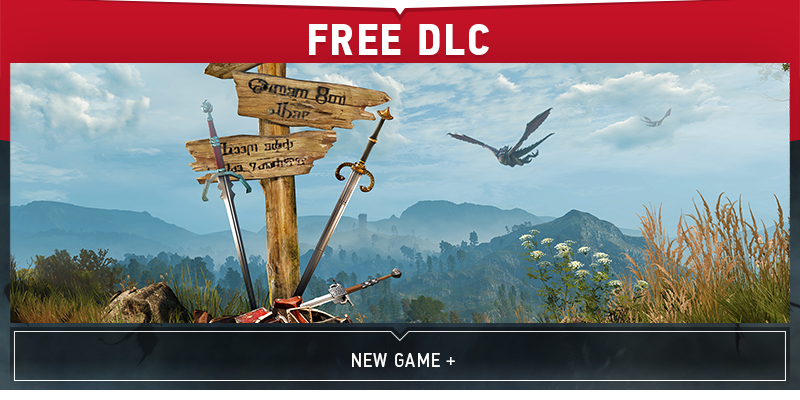 *UPDATE* – New Game + has been rolled out for Xbox One. Other platforms will be receiving the update shortly!

In addition Mod support has also been added to the game allowing for item property editing, scripts, texture/model changes and much, much more. The community has been given free reign to come up with new content for the game now.

Already proving itself to be the game that keeps on giving Witcher 3’s free DLC patches have included:

“NG+, the final FREE DLC, is on the way! Stay tuned. Won’t happen this week – we need a bit more time to finish it.”

This will be Witcher 3’s final free DLC and further details concerning new game plus emerged earlier on today.

If you are level 30 or higher when beginning New Game Plus, your level will remain the same. Those below that mark will be bumped up to level 30 upon starting New Game Plus. You’ll also receive a Clearing Potion at the start of the game, allowing you to reset your previously selected skills.

Experience, items, money, and alchemy recipes will all carry over. However, your quest items, books and letters, Gwent cards, usable items, and trophies however will all be left behind. It was also revealed you’ll be able to choose any difficulty when starting New Game Plus, allowing you to obtain the Death March achievement/trophy. And, of course, enemies will be stronger.

Some would argue that these features were meant to be in the original game and have simply been held back. That said, with over 160 hours spent in Witcher 3 still with only 68% completion I think the game has given more value for money than almost any other title in recent memory even without the extra FREE DLC.

Hopefully Code Projekt’s dedication to it’s game and it’s fans will catch on.