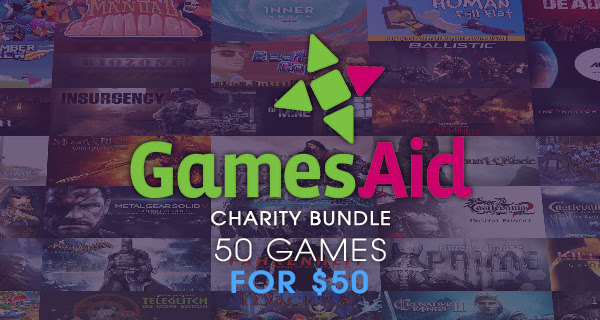 Save good, play good, do good!

GreenManGaming.com have teamed up with GamesAid to bring you this 50 game charity bundle. Here’s what you need to know:

3. It’s for charity! Profits will be going straight to GamesAid. Who are GamesAid? You can find out here.

So that’s awesome games, for less, and you can buy them with a clean conscience as all the profits will be helping those in need. You can’t do better than that.

Here’s what is included the bundle: