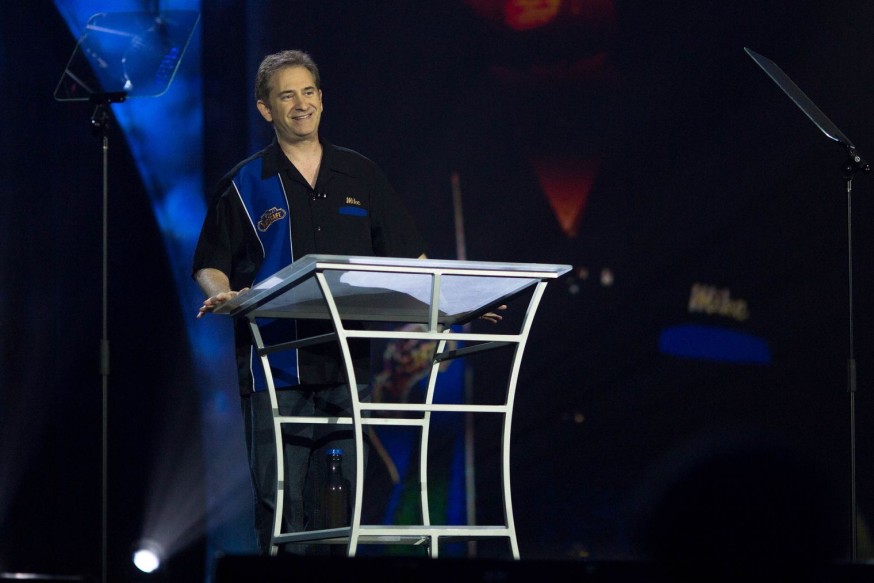 What a long, strange trip it’s been…

Anyone who’s ever been to or seen BlizzCon knows who Mike Morhaime is. He has delivered the keynote speeches throughout the years and has, undoubtedly, been the face of Blizzard to fans worldwide, even more so since Chris Metzen’s departure from the company 2 years ago.

Morhaime co-founded Blizzard as Silicon & Synapse in 1991, and had served as its president since 1998; he also took on the CEO role in 2007. In addition, he contributed to many of the company’s games as a developer, including roles as a programmer, producer or executive producer on titles such as The Lost Vikings, all three Warcraft games, the first two Diablo games, the original StarCraft and World of Warcraft. Morhaime was inducted into the Academy of Interactive Arts and Sciences’ Hall of Fame in 2008. He also happens to be the bass player for Blizzard’s in-house metal band, Elite Tauren Chieftain (called ETC).

World of Warcraft executive producer J. Allen Brack will be taking the reigns as president of Blizzard Entertainment.

“I want to thank all of the talented and hardworking people at Blizzard for their dedication, creativity and passion,” said Morhaime. “It has been a privilege to lead this team. I’m also very grateful to Blizzard‘s player community for their support.”

Longer messages to the Blizzard community from both Morhaime and Brack can be found at news.blizzard.com.